One thing I’ve been lacking during the busy and incredibly rewarding first year of setting up Pole Star Digital, is attending events. Due to various commitments and classes of timetables, I’ve only managed to attend several, which is far below my usual amount. This is something that I’m looking to change in the upcoming year.

In late October I attended Canvas Conference in Birmingham, on recommendation from Nichola Stott (MD of theMediaFlow) and was seriously impressed with the first conference that I’ve ever attended in Birmingham (not far from where I grew up in the UK). The star-studded line-up yielded speakers from everything from: Graze, Travelex, Etsy, Hive, TED, Withings, Medium,  GoCardless, BirchBox and even NASA!

It was a really enjoyable event in the end, not only getting to hear some great talks, but also hearing things slightly away from the usual ‘SEO/PPC/Digital Marketing Conference’ with which I’m all too familiar, and instead was well attended (it was a sell out) by engineers, product managers, designers, innovation experts and UX designers alike.

I’d strongly recommend checking it out next time, especially given that the ticket cost was lower than most I’ve seen (and attended!), it was great value for money and well worth checking out.

You can see more information about the event here, so keep an eye out about next years line-up! 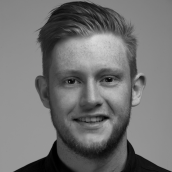